Fly Away Buddha, Fly Away!

This photograph was taken in China while I was on tour with a magic show in 2017. Everyday no matter what city we were in I would go for a walk. This one day I was wandering down a lone street and discovered a building that was abandoned and parts of it were in rubble. My curiosity was instantly peeked, and I had to go take a closer look. There were pieces of the building in haphazard piles all over the area and I had to step carefully. Part of the building had a tree growing within it, garbage was strewn about, and doors to empty rooms stood ajar. There were still pieces of paper lanterns hanging from hooks, strips of faded posters clung to dirty wall, and a couple triangle shaped festival banners flapped in the breeze. I wandered down the empty hall to the room that once held a Buddha which had long since been removed. The Buddha space still had rotted food that had been left as offerings and the nubs of incense sticks lettered the floor. There was a disturbing stillness that lingered in the air around this long forgotten building. 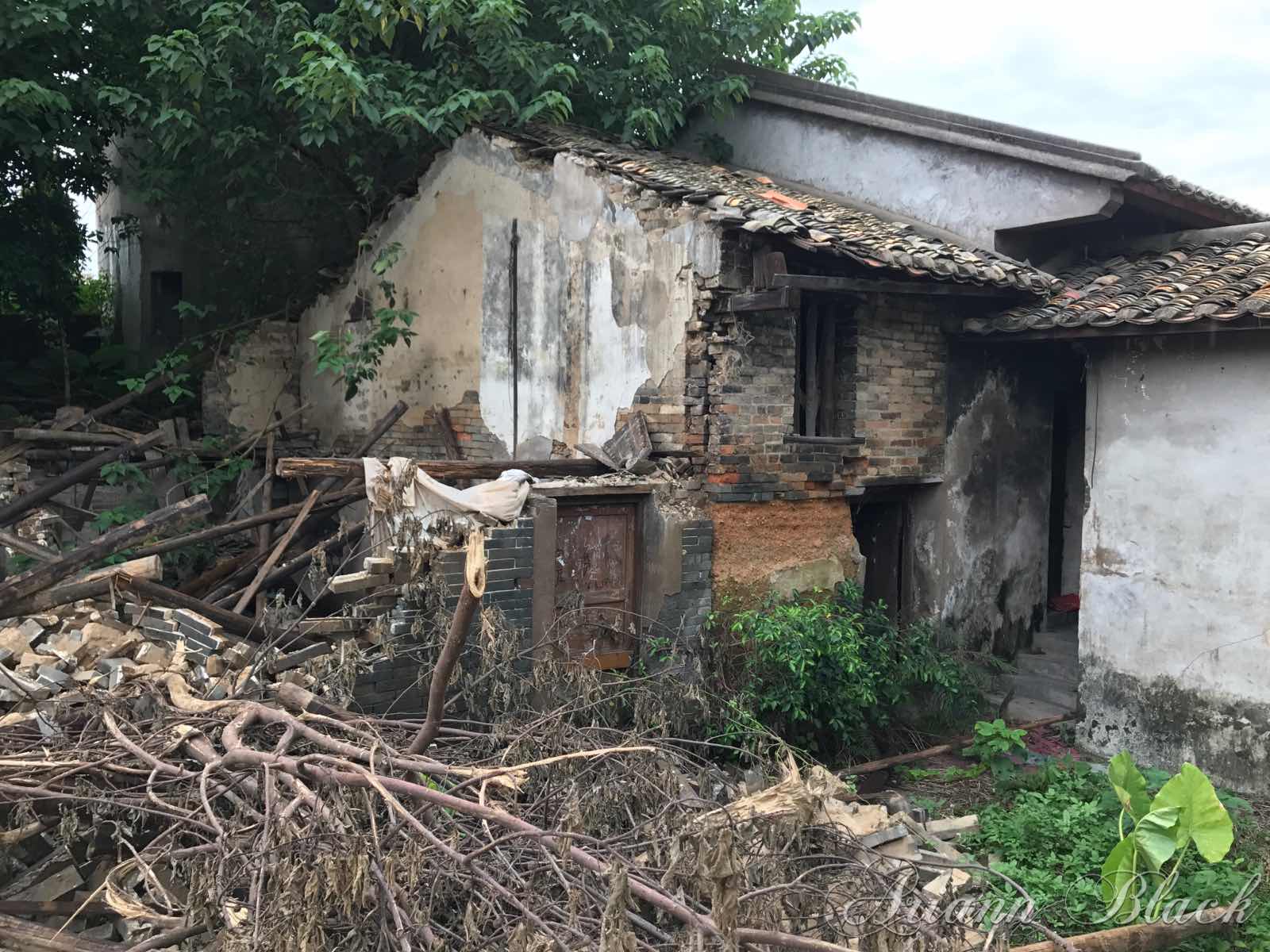 A photo of the outside of the abandoned Buddhist temple.

I have so many photos of this Buddhist temple, but none of them tell the story quite as well as the photograph with the empty bird cage. In the above photograph of the outside of the temple you can see an open door with a second floor window above it. That is the room that contained the bird cage. I poked my head in and saw the light creeping through the gloom of a windowless room. There was a very low ceiling that blocked the light from the second floor window. I could see leaves and other forms of debris blown in during the time this place sat empty. The little bit of light glinted off the dirty bird cage and beckoned me to come closer. I took two photos of the cage with my iPhone 7Plus. I didn’t touch anything as I didn’t want to disturb the natural beauty this room offered, instead I moved around the cage to find the right angle. This photograph is the result of that day. For me there is something very satisfying when natural light softly cascades over an object the way it does here. You can see the door of the cage is open and it sits empty. I like to think that when monks lived at the temple they had a little song bird in this cage. That once both homes were filled with life and activity, but now the monks have abandoned the temple like the bird has abandoned its cage. 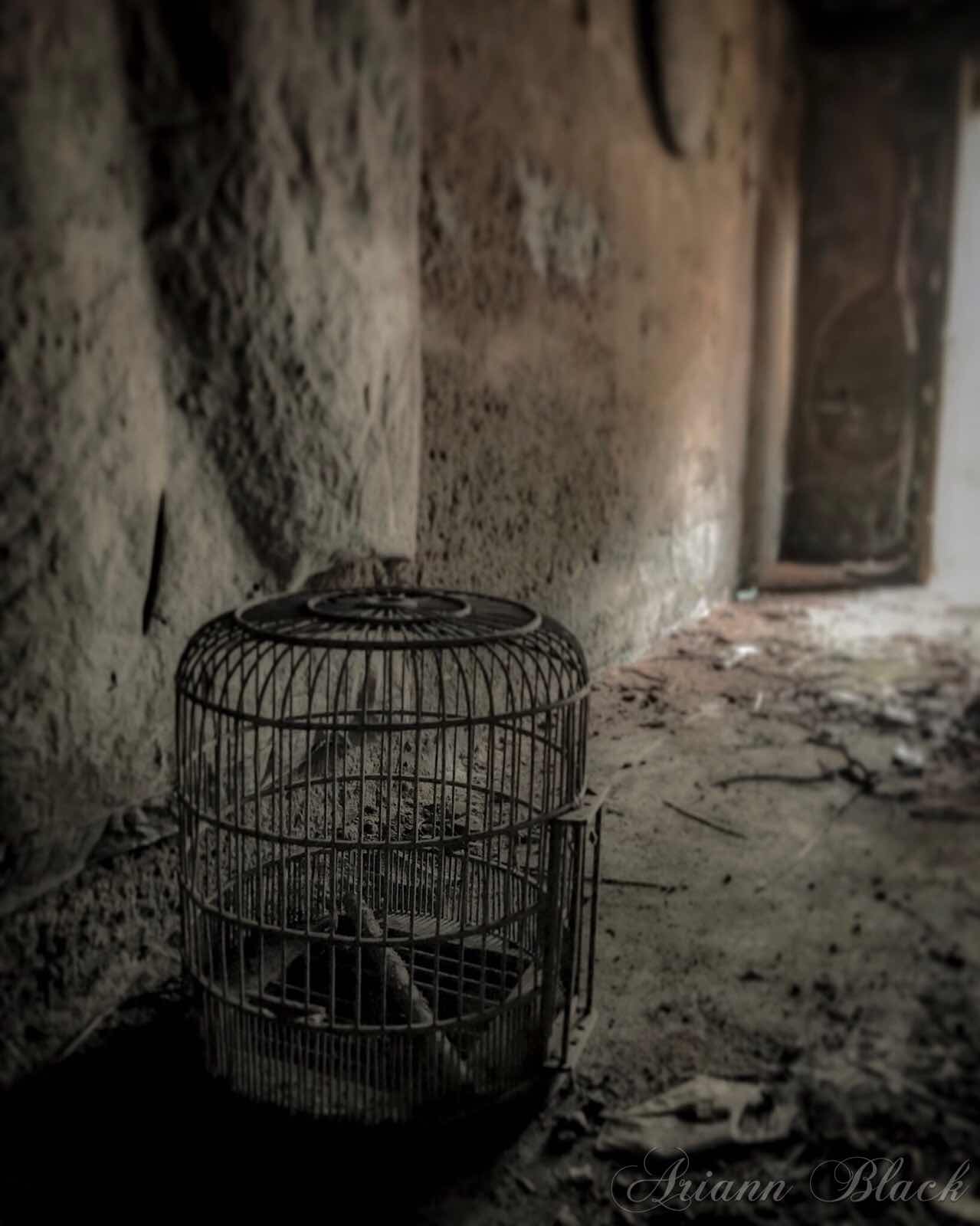 I hope you find the silent beauty I see in this lonely image every time I look at it.
Posted by Ariann Black at 8:35 PM